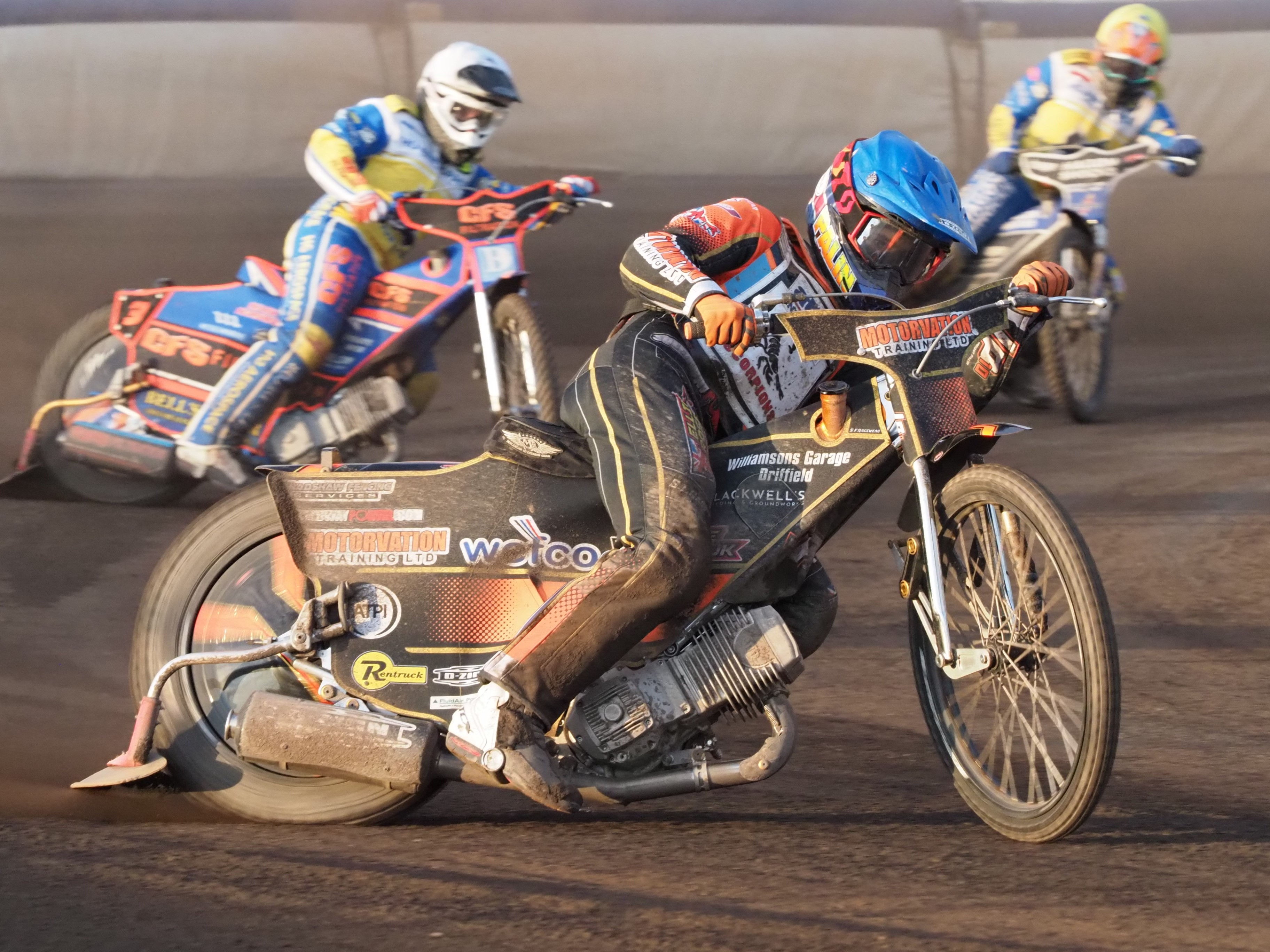 SPEEDWAY is a tough sport – both mentally and physically. But there’s every sign that hugely talented 17-year-old local lad Jordan Palin from Beverley can overcome any challenges presented to him.

Palin had a sensational year in the National League as a 15-year-old in 2019, rising from No 7 to No 1 with Belle Vue Colts.

2021 has presented a major challenge for the youngster, as he has stepped up to the top two leagues, racing for Attis Insurance Scunthorpe Scorpions in the Championship and Peterborough Panthers in the top-flight, the Premiership.

So far, he’s experienced a few up and downs in his first season in the two professional leagues, as can only be expected. But he showed his undoubted talent by top-scoring for Scorpions with 11+1 in the 49-41 victory over highly fancied Eastbourne Eagles at the Eddie Wright Raceway last Friday. It’s clear that Scunthorpe have a very good young rider emerging in their ranks.

Palin says: “It was pretty special to top score in just my third home meeting for Scunthorpe. It was a bit unexpected really, because the start of the season has been a bit of a rollercoaster.

“It was really nice to end as the top scorer for Scunthorpe. But what I really want to do is start to score consistently, that’s the plan.

“It’s so easy to win one race, but then trail home in the next. Speedway is a one in a million sport, in the way you can go so quickly from a high to a low. I’m looking to balance it out and become more consistent.”

Palin’s 5-1s with Theo Pijper in Heat 12 and Tero Aarnio in Heat 14 were instrumental in Scorpions taking the victory over Eagles. In the former, he and Pijper missed the gate, but raced through to the front in impressive style.

He adds: “It was nice to do a bit of team-riding as well, because we’ve only had a few meetings so far, so we haven’t had much of a chance to ride with each other.

“The victory was good for team spirit and team morale. We all chipped in for the win. Eastbourne were a strong team on paper, so it was a really good victory for us.”

Palin also scored 4+1 for Peterborough in a 58-32 victory over King’s Lynn at the East Of England Showground on Monday. Scunthorpe skipper Simon Lambert spannered in the pits for him, a demonstration of the team spirit in Scorpions’ camp.

Palin explains: “Simon was there in the pits with me at Peterborough, helping me both on the mechanical side and also mentally and I was really grateful for his help.

“Simon’s been a really big help for me – he’s been there and done it and he’s happy to pass on his experience. He helped me to focus on what the plan was and how to get it done.

“The mental side of speedway is so important – you can have the best bike in the world, but that doesn’t matter if you’re not approaching your racing correctly.”

Palin, who is a Scunthorpe asset, has already taken some big scalps this season. He beat Michael Palm Toft when helping Edinburgh to a 45-45 draw at Redcar in a guest performance for Monarchs, while he defeated Eastbourne’s Lewis Kerr in Heat 14 at the EWR last Friday.

He says: “It does give me a mental boost when I beat a top rider. You try to put it out of your head before the race at the tapes that Michael Palm Toft is on the outside of you or Lewis Kerr is on the inside of you.

“But once you go out and beat them, it does get the ball rolling and you start to realise that it doesn’t matter who’s next to you, because you can beat them. But I just give it my all each time, whoever is out there.

“I’d like to say a huge thank you to my sponsors and everyone who backs me. In particular, thank you to my family are 110% behind me and would do anything to support my speedway career. I know I wouldn’t be where I am now, without them, and I am so grateful for that.”

* SECOND-PLACED Attis Insurance Scunthorpe Scorpions are back in action, when they host Newcastle Diamonds at the Eddie Wright Raceway tomorrow (Friday) at 7.30pm. Online tickets are on sale on the club website: http://scunthorpe-speedway.com/ticketoffice

Top of the table clash at the EWR!