Scorpions must wait to find out fate 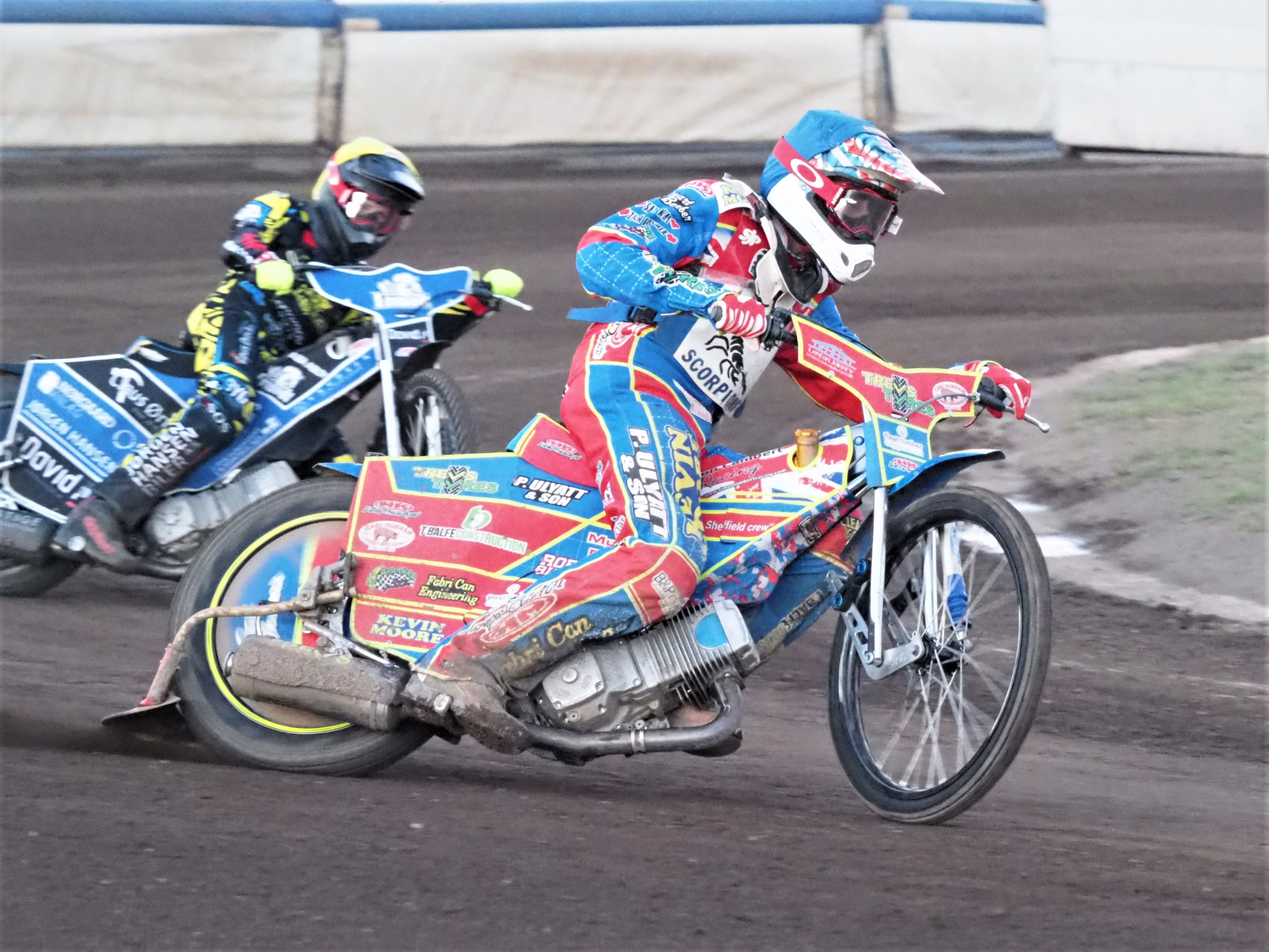 THE play-off fate of the Attis Insurance Scunthorpe Scorpions hangs in the balance, after they lost 33-57 in their final regular league match at Berwick last night (Saturday).

Scorpions remain in the sixth and final play-off qualifying place, ahead of Redcar Bears on race points difference. But Bears could move ahead of Scorpions if they score 42 points or more at Plymouth on Tuesday.

Scunthorpe looked in trouble last night, after a search for a guest replacement for Ryan Douglas, injured in the final of the CLRC at Poole on Wednesday, drew a blank and they were forced to go into the meeting at Berwick using rider replacement at No 1.

That made it a tough-looking assignment for Scorpions to even get the losing bonus point. And so it proved, with Scorpions only proving two heat winners, while Berwick’s guest No 1 Richard Lawson, booked in place of Chris Harris, well in advance of the fixture before Douglas was injured, scored a 15-point-maximum for Bandits.

There was no lack of effort from the Scunthorpe riders, in particular skipper Simon Lambert and James Wright were batting with Berwick riders all night long. Scorpions still had hopes of a league point as late as Heat 8, when Lambert and Anders Rowe took a 5-1 to reduce the deficit to eight points. But Bandits then powered ahead in the closing stages.

Scorpions’ skipper Simon Lambert top scored for the club with 10+1. He said, following the meeting: “People will sit back and think we’ve thrown in the towel by not booking a guest at No 1, but believe me, that wasn’t the case.

“Kevin (Moore) and Rob (Godfrey), as team manager and promoter, spoke to every available rider, and I even phoned a few myself to try to persuade them to ride for us. It’s a bit sad that some riders seem to think they’ve got too much on. I’d take every meeting offered to me, because it’s a long winter when you’re not riding and not earning. Each to their own, I guess. As a club, we tried everything we could to get a guest and we down every possible avenue.

“After that, the six of us gave our all, and Connor’s (Mountain) come in and done a good job for Tero (Aarnio), but it wasn’t meant to be. The damage was done on Redcar on Friday night when we lost after leading all the way – that was sickening and heart-breaking and I don’t think many of us slept too much last night. It’s now out of our hands, and we can only hope that Plymouth stop Redcar scoring on Tuesday night.

“Tonight was a hard night on me and on my mechanic Liam too, as I was given seven rides. I got a puncture in one race where I finished second, which I would have won without it, and then I got given the important role of the tactical substitute ride that normally gets handed to the No 1 rider. I was so disappointed when I ended up with a bit of dirt in the carburetor and packed up in that one. I got paid 11 and it should have been around paid 15. Seven rides around Berwick is hard on man and machine, but I like it around here and I just gave it my all.

“As a team, we’ve battled all year. We’ve had so many injuries, but we’ve found new riders to bring in and we also had to bring in a new team manager. So much has happened – it feels like we deserve a place in the play-offs, but now it’s in the hands of the Gods.

“The big home win over Berwick a week ago meant as a team the morale was fantastic and it was like until around 9.30pm on Wednesday, when Dougie (Ryan Douglas) got wiped out at Poole, just as he was going to win Scorpions some silverware.

“Personally, I’d to thank the club for having me again this year. Both the management and the fans of this club are fantastic. My wife Sam and I woke up this morning for a bit of fresh air and there a couple of fans there to wish me luck. It’s not just the effort we put in; it’s also the hours they put into supporting the club. Scunthorpe is such a great club to be part of. No is more passionate about Scunthorpe Speedway than me, or Rob (Godfrey) for that matter. I very much want to be back as part of the club next season

“A big thank you to all my sponsors plus my family, and a big mention to my mechanic Liam. I thank the fans for all their support, and I hope Friday’s cup match isn’t the end of our season and that we’ve still got play-offs to come and we can chase a league title that would mean so much.”

* ATTIS INSURANCE Scunthorpe Scorpions are home to Leicester at the Eddie Wright Raceway on Friday (September 2) at 7.30pm in the second leg of the quarter-finals of the Knockout Cup. They must overturn a 32-58 deficit from the first leg at Beaumont Park to progress to the semi-finals of the competition.