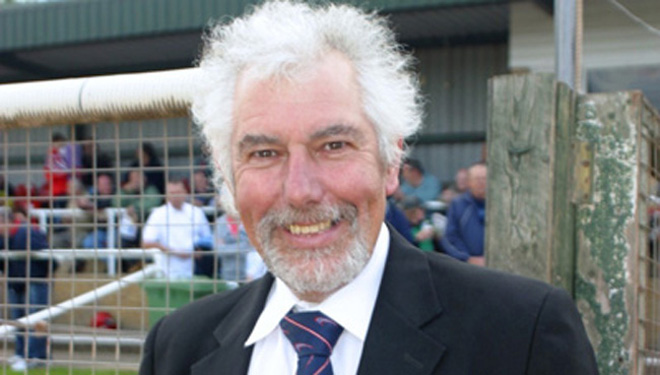 TODAY, we remember Kenny Smith, who passed away on this day (July 13th) in 2009, after a brave battle against throat cancer.

He was both co-promoter and team manager of the Scorpions. Just two days before he passed away, he was taken around the Scunthorpe track on the back of David Howe’s bike for two emotional laps of honour.

Kenny’s grandfather was one of the pioneer riders in the sport’s early days back in the 1920s. Kenny began his own racing career in grasstrack, before taking up speedway in the late sixties at Doncaster.

However, he is best remembered for his involvement on the other side of the speedway fence. After being involved at Middlesbrough, he switched to Newcastle when the Teesside club’s Cleveland Park track closed. Newcastle boss George English, soon made him Assistant Team Manager and Kenny took responsibility for the Newcastle Gems when they entered a side in the Conference League.

With speedway returned to Scunthorpe to 2005 after a twenty-year absence, Kenny offered his services, as Gems had withdrawn from the Conference League following the 2004 season. He was taken on board as Scorpions’ team manager, and was delighted when the Scorpions carried all before then to sweep to successive Conference League titles in 2006 and 2007.

Kenny’s unswerving passion for the sport and the Scunthorpe club was rewarded in 2007 when he became a co-promoter and the club could have never wished for a greater ambassador.