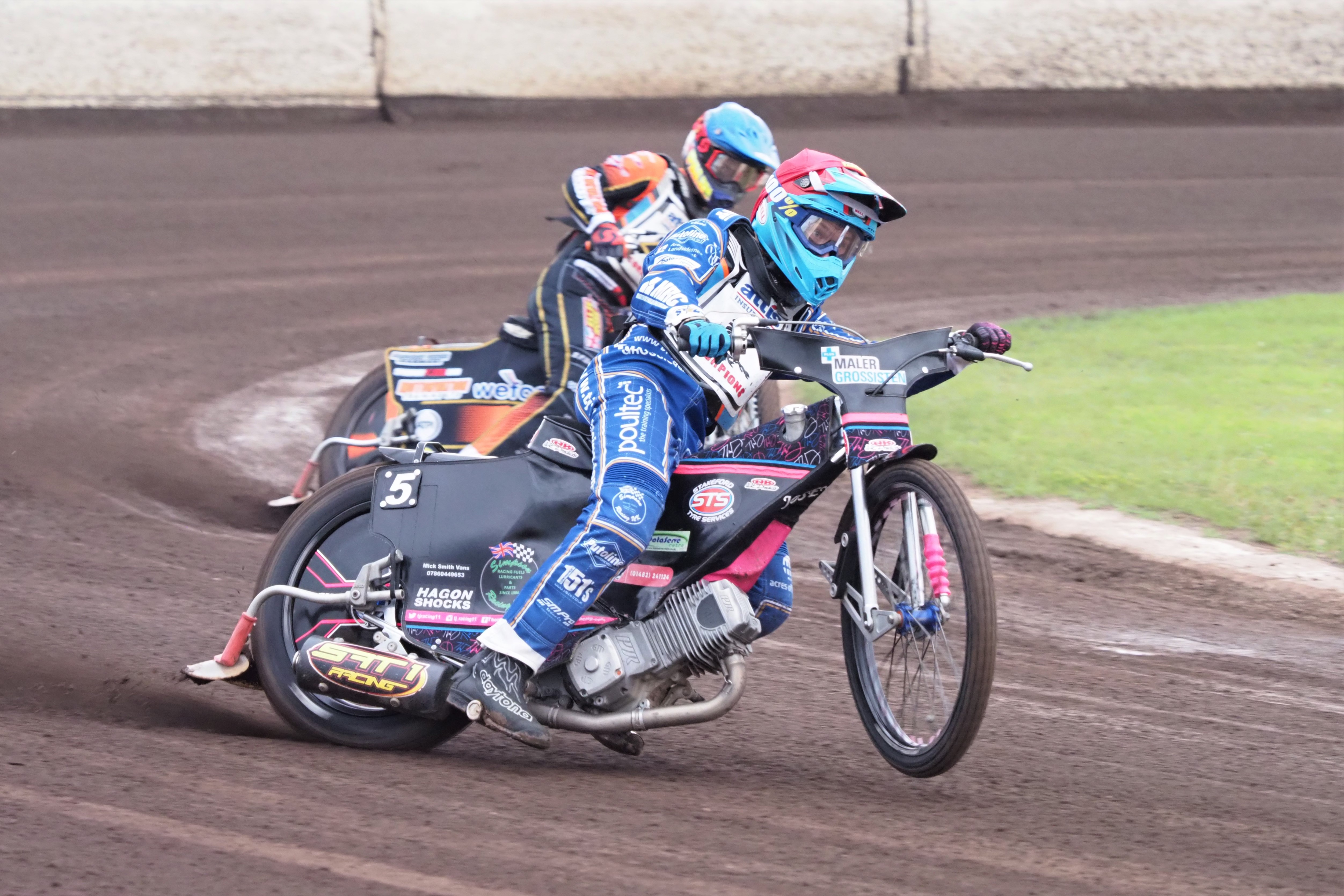 It came just one day after Scorpions had recorded their largest win for over three years with a 63-27 home victory over Kent at the Eddie Wright Raceway on Friday.

Scorpions largely found themselves outrapped by Lions. The meeting was mostly from the gate in its opening half, before the last few races produced decent racing as different lines developed.

Scorpions took an opening heat 4-2 from guest Danny King and skipper Simon Lambert, although Lions then took a lead that they would never surrender with a 5-1 in Heat 2, after Joe Thompson pipped Josh MacDonald to second place on the line.

Lions were 26-16 ahead after seven races. For three-and-three-quarter laps in Heat 8, Lambert and MacDonald held a 5-1, but MacDonald – under pressure from Joe Thompson – spun around on the final bend and both riders came down. That meant the gap remained at ten points, while at the interval stage after 11 races, the score stood at 39-27.

But, after the break, Lions took four successive heat victories as they finished with a flourish and doubled the gap between the two sides from 12 to 24.

The final few races saw the best action of the night. Lions’ new No 1 Hans Andersen overtook King in Heat 13 and just missed out snatching second place from Thomas Jorgensen on the line after a close battle.

The ever-trying MacDonald held second place for most of Heat 14, before Dan Thompson flew inside him on the third bend of the final lap. And Nick Morris got around King after three laps in Heat 15, with Scorpions’ guest then almost grabbing back the race win on the final lap.

King finished as Scorpions’ top-scorer on 12. Thomas Jorgensen (pictured) was next highest on 6+1, twice defeating Andersen.

Scunthorpe remain in second place in the Championship table, despite the defeat. Scorpions are next in action at Birmingham on Wednesday.