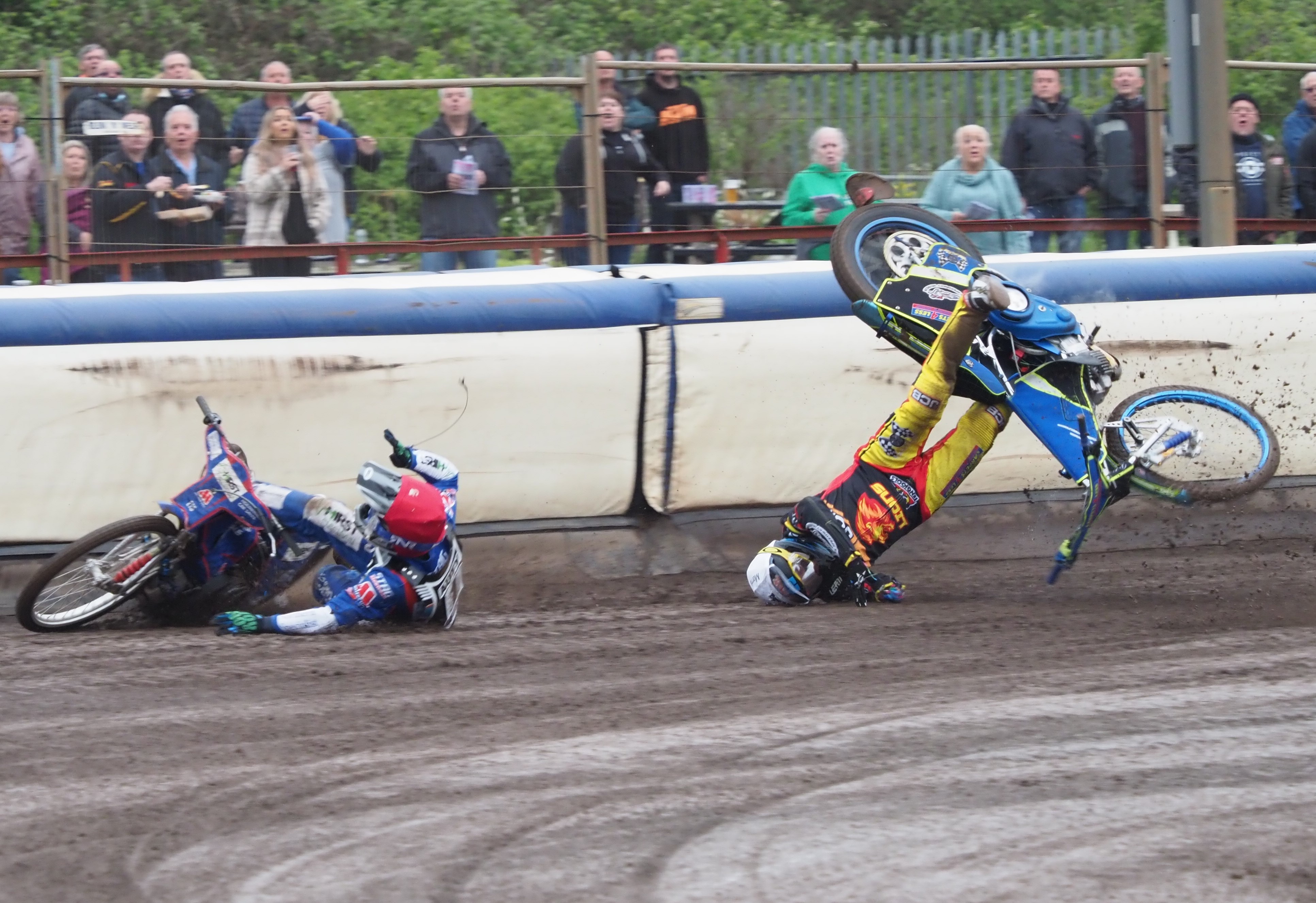 ONE OF THOSE NIGHTS FOR SCORPIONS

ATTIS INSURANCE Scunthorpe Scorpions endured a night of misfortune, as they suffered a 38-52 home defeat in the Knockout Cup to Leicester Lions at the Eddie Wright Raceway last night (Friday).

A totally unexpected shower around three hours before start-time left conditions heavy for the meeting.

Nothing went right for Scorpions from the moment that Josh Auty suffered a frightening-looking crash with Leicester’s Nick Morris in Heat 1.

Both thudded into the air fence at high speed, with Auty temporarily stranded underneath. Although both riders walked off the track, Auty sustained significant damage to his No 1 machine and suffered an evening to forget.

Simon Lambert momentarily slowed in Heat 8 after seeing a red light and a 5-1 became a 3-3.

There were positives for Scorpions. Thomas Jorgensen won his first three outings and top-scored for Scorpions, Theo Pijper had another solid meeting, and reserves MacDonald and Jordan Palin were right in the mix all evening.

Leicester were worthy winners, but Scunthorpe could put up much more of a battle without such a catalogue of misfortune. Lions will now almost certainly progress to the next round of the cup, with the second leg due to be held at Leicester on June 12.

Scorpions’ top scorer Thomas Jorgensen said: “I really feel that I’m finding myself now. My gating is getting better, while I feel I’m getting back into the routine of riding.

“My mechanic Steve and myself have been working really hard to get my machinery working well.

“I felt that Rob (Godfrey) still created a really good racetrack, despite the rain beforehand. I was around half an hour away from the track, when it started to rain heavily.

“We did have a lot of things go wrong. It was a really big crash in Heat 1 involving Josh (Auty) and Nick (Morris). I couldn’t believe they were both able to walk away from it, because it looked like a nasty one.

“We were leaving ourselves with an uphill battle at times, because Leicester are a very strong side and they are very hard to beat once they get out in front. But we have to take the positives out of the meeting and move onto the next meeting at Berwick.”

* ATTIS INSURANCE Scunthorpe Scorpions name an unchanged side for the away league match to Berwick tonight (Saturday).

Thomas Jorgensen says: “I think we’re in with a good chance. I believe the track is now a bit wider than before, so I’m hoping there will be good racing.

“The track suits a number of our riders, who have a leg-trailing style. Theo (Pijper) is a really good longtrack rider and he’s really good around Berwick and there’s a few of us who can ride it well.”