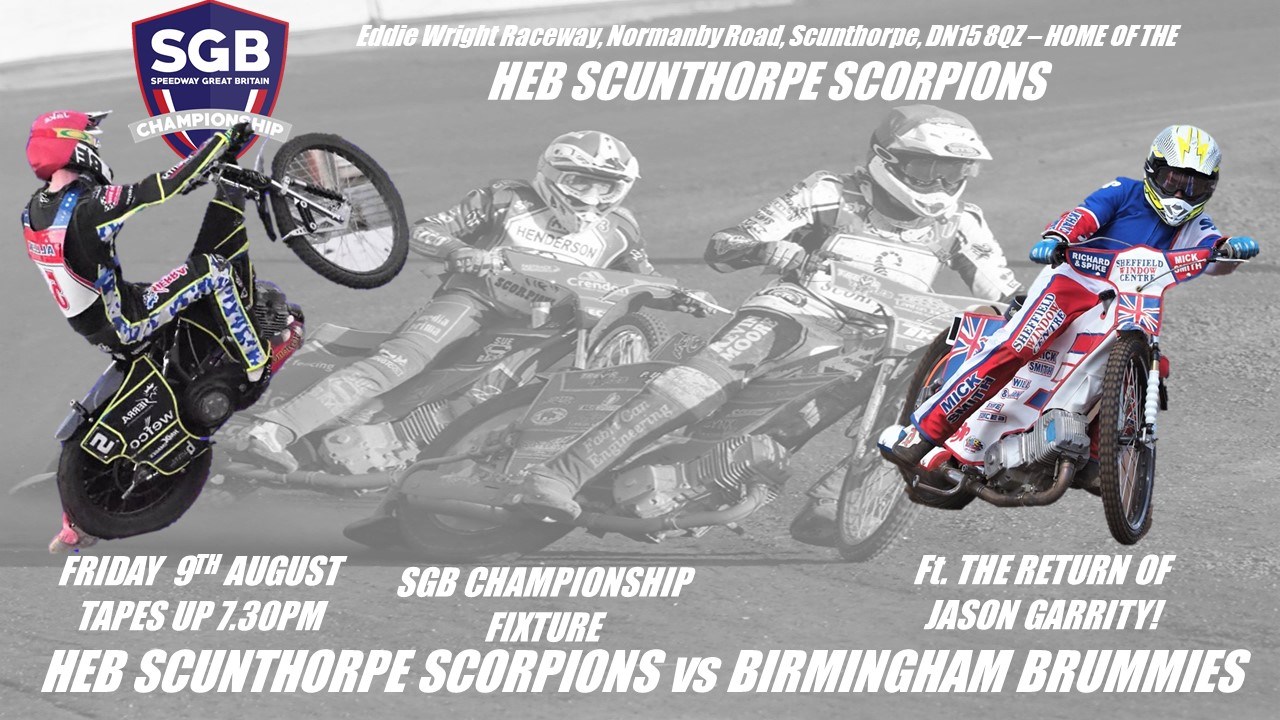 HEB Scunthorpe Scorpions will host Birmingham Brummies for the first time since 2010 at the Eddie Wright Raceway on Friday evening (7.30pm).

Both teams are at full strength for the league clash, while Scorpions will be seeking another good result, following the 56-34 spanking of the Edinburgh Monarchs at the EWR on Sunday, when Josh Auty scored a brilliant 15-point-maximum and Simon Lambert totted up 11+3 from reserve.

Much interest will focus on the return of Jason Garrity to his former track on Friday. Garrity started the season with Scorpions, but he suffered a broken hand in the British Semi-Final at Redcar.

Scorpions signed Ben Barker as a temporary replacement, and such was Barker’s form, that he was retained on Garrity’s return to fitness, with Garrity joining Brummies instead.

Scunthorpe promoter Rob Godfrey says: “I’ve got no doubt that there will be plenty of entertainment out on track against Birmingham with Jason Garrity in their team.

“We all know what Jason is capable of doing around Scunny and I’m sure he will be pumped up to do well for his new team.

“It was an unfortunate set of circumstances from Jason’s point of view with him getting injured and then his temporary replacement Ben Barker doing so well, which pretty much made the decision for us that we had to hang onto Ben for the rest of the season.

“The good thing for Jason was that Birmingham signed him just as soon as he was fit again. We know the points he is capable of scoring around our track, as is another former Scorpion Tero Aarnio.

“But, as long as we hit the magic 46-point mark to ensure another three league points, and the racing is out of the top drawer, that’s all that matters.”