Scorpions so close… but another chance tonight! 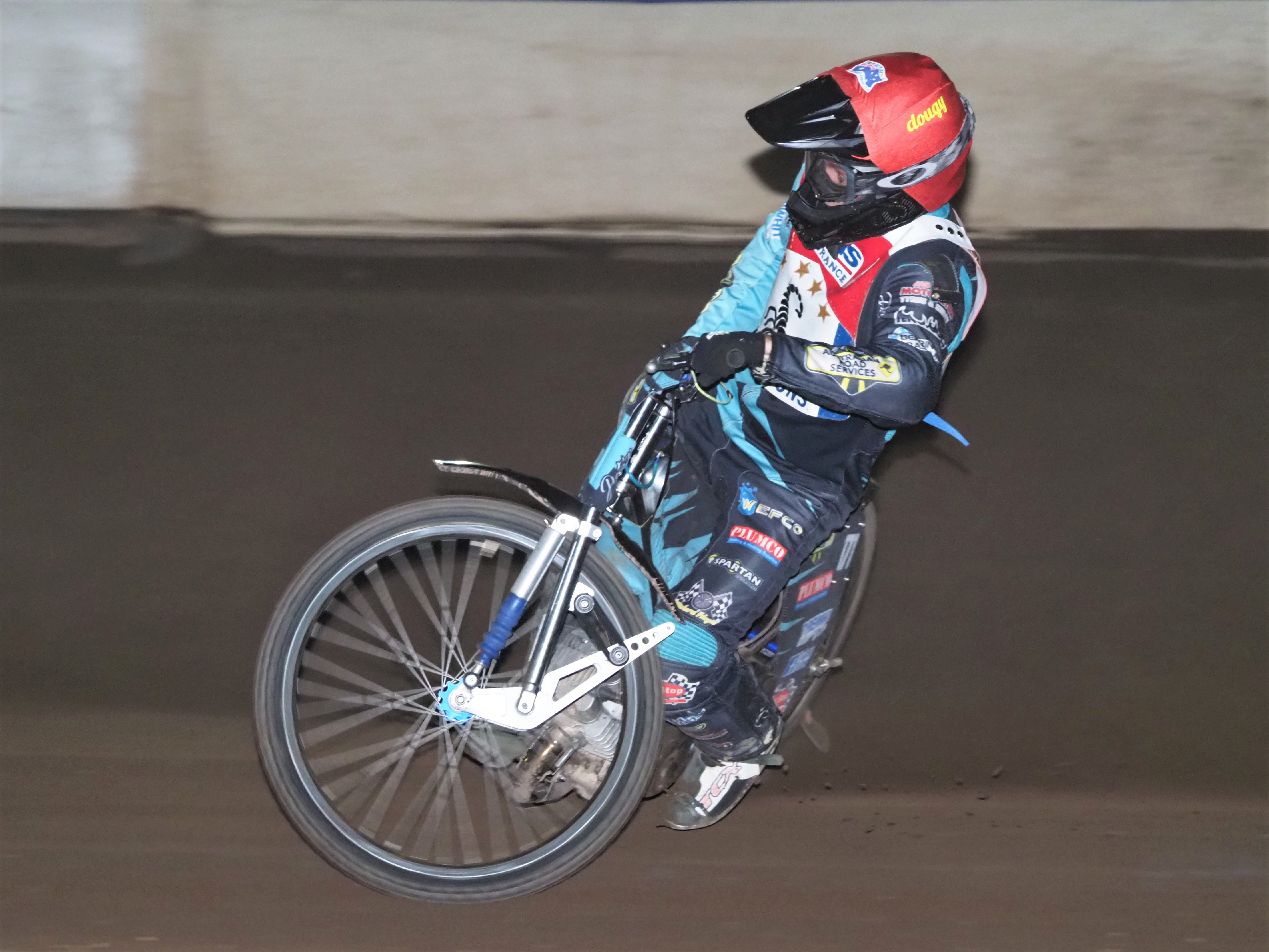 ATTIS INSURANCE Scunthorpe Scorpions put in a battling performance at Redcar last night (Friday), but just missed out on the result that would have seen them qualify for the Jubilee League final with a match to spare. Redcar Bears won 47-43, while Scorpions took what could prove a vital bonus point for an away loss by less than seven points.

Scunthorpe travel to Leicester tonight (Saturday) again needing to pick up a losing bonus point, while a draw or win would also take them through. If Scorpions fail to pick up a point tonight, then Leicester will overhaul them on race points difference and qualify for the final, which takes place at Sheffield later in the season.

Scunthorpe’s star riders last night were No 1 Ryan Douglas (pictured), who recovered from conceding a 5-1 in Heat 1 to register five straight wins and finish his night on 16 points, plus new signing Anders Rowe, who scored 10 points on his club debut for Scorpions. Tero Aarnio was also in good form in the opening stages of the meeting, winning his opening two outings, and collected eight points.

Rowe won his first ride for Scorpions when he joined Adam Roynon for a 5-1 in Heat 2, and Aarnio and Rowe put Scorpions in front with a 4-2 in Heat 4, with the race needing to be restarted after Lewis Kerr was excluded for causing Aarnio to fall in the initial staging.

Scorpions doubled their lead to four points with a 4-2 from Douglas and Simon Lambert in Heat 5, before a run of three shared races, with Aarnio defeating Charles Wright in Heat 6.

But Redcar took back-to-back 5-1s in Heats 9 and 10 to move ahead 32-28 ahead, with Aarnio excluded for touching the tapes in the latter race.

Scorpions hit back with a 4-2 in Heat 11, which reduced the deficit to two points, and Rowe produced an outstanding ride in Heat 12 to pass both Redcar guest Danny King and Jordan Jenkins to ensure that race was shared 3-3.

Douglas won Heat 13, and it was clear that Heat 14 would be pivotal. Kasper Andersen came through to join Jenkins at the front, and Rowe battled away, but Redcar took a match-winning 5-1.

Scorpions still needed a 3-3 or better from Heat 15 to take what could prove to be a vital league point. Douglas flew around Kerr on the third bend and disappeared into the distance, while Aarnio kept third in a tight battle for the minor placings, as Scunthorpe ended with a 4-2.

Speaking post-meeting, Scunthorpe promoter Rob Godfrey reflected: “We couldn’t have tried any harder to get the win or draw tonight, but Redcar are a good team and are very strong team around here. We were doing well, but the turning point was when Redcar got the two 5-1s in the middle of the meeting.

“Even after that, we were still battling away, and it all came down to Heat 14. That race could have gone either way and if we’d got a 3-3 or a 4-2, we would have gone into Heat 15 in a decent position, but instead they got the 5-1 and that meant we lost on the night.

“But Ryan and Tero got the 4-2 from Heat 15 and that meant we got the league point, which means there’s everything to race for at Leicester tomorrow.

“Ryan was as brilliant as always, while Anders Rowe had a superb debut for the club – his ride to pass them both from the back, including Danny King, in Heat 12 was something a bit special.

“This meeting was also a dress rehearsal for a massive league match at Redcar in three weeks’ time. Tonight, rider replacement for Jake Allen scored just 4+1. We know he’s better than that around Redcar and we will come back here with Jake chasing a vital victory that could get us into the top six.”

Rob Godfrey explains: “Ryan Douglas is riding in the Polish play-offs, which take priority. Ryan has been a brilliant No 1 for us this season, and it would normally be a massive blow to be without him, but we feel we’ve got the ideal guest in Richard Lawson, who loves riding around Leicester.

“I’m sure Richard can pile up the points in the same way that Ryan would. We need the rest of the lads to have a good night as well, give him enough backing, and make sure we’ve got 42 points by the end of the night and pick up the point that we require to get to the Jubilee League final.”