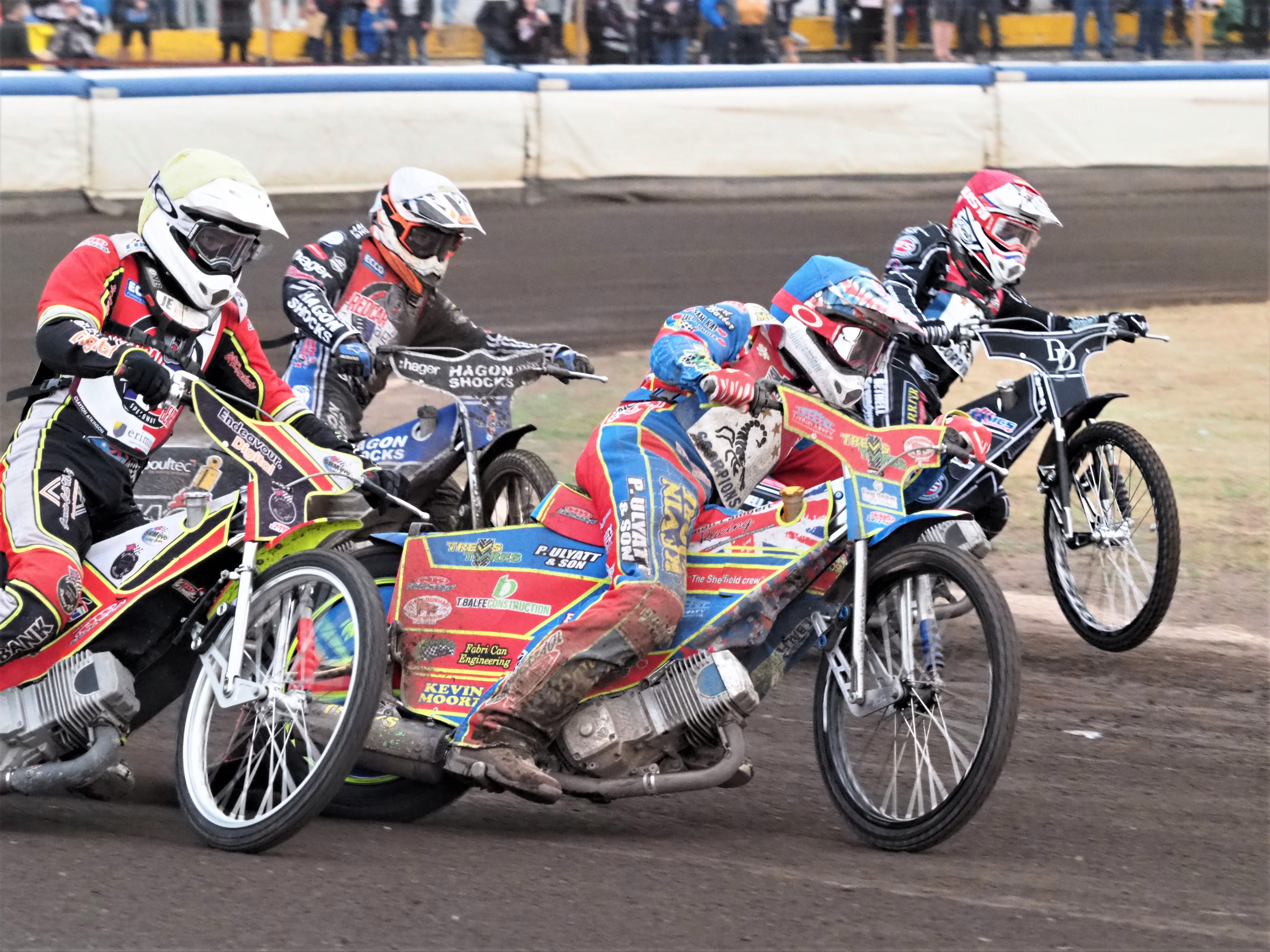 ATTIS INSURANCE Scunthorpe Scorpions head to Redcar tonight (Friday) at 7.30pm, knowing that either a win or a draw will clinch their place in the Jubilee League final at Sheffield later this season.

So far, all four results in the northern section of the Jubilee League have resulted in home victories, and if Scorpions can buck that trend at either Redcar today or Leicester tomorrow (Saturday), they will win the group and join Glasgow and Poole in the final. An alternative way for Scorpions to top the standings is to pick up a point from both meetings for a narrow away loss of seven points or less.

Scorpions will have a new signing on display at Redcar. With Zaine Kennedy on the sidelines after his horror crash at the Eddie Wright Raceway last Friday, Scorpions have signed Anders Rowe and he lines up at No 7 for Scorpions tonight. 20-year-old Rowe rode for Leicester earlier this season.

Jake Allen is not ready to return, so Scorpions will continue to use rider replacement. Allen is narrowly second in the new August Green Sheet averages with a figure of 6.593 compared to 6.588 of Tero Aarnio, when looking at third decimal place, so every Scorpion, including No 1 Ryan Douglas, can take a R/R outing.

Scunthorpe promoter Rob Godfrey said: “This is the first of two vital matches we have at Redcar this month – there’s also a league match in three weeks’ time.

“Redcar Bears cannot reach the Jubilee League final, it’s between us and Leicester, but Redcar won’t want us to leave their place with a victory, while we would like to pick up the result that will get us to the final, without it all going down to our final match at Leicester on Saturday night.

“I’d like to welcome Anders Rowe to the Scorpions. It’s better having your own riders than relying on guests whenever possible. Anders rides Redcar very well – he’s also very good around the Eddie Wright Raceway, since he won the National League Riders’ Championship at our track in 2019.”