Scorpions defeat champions in a thriller 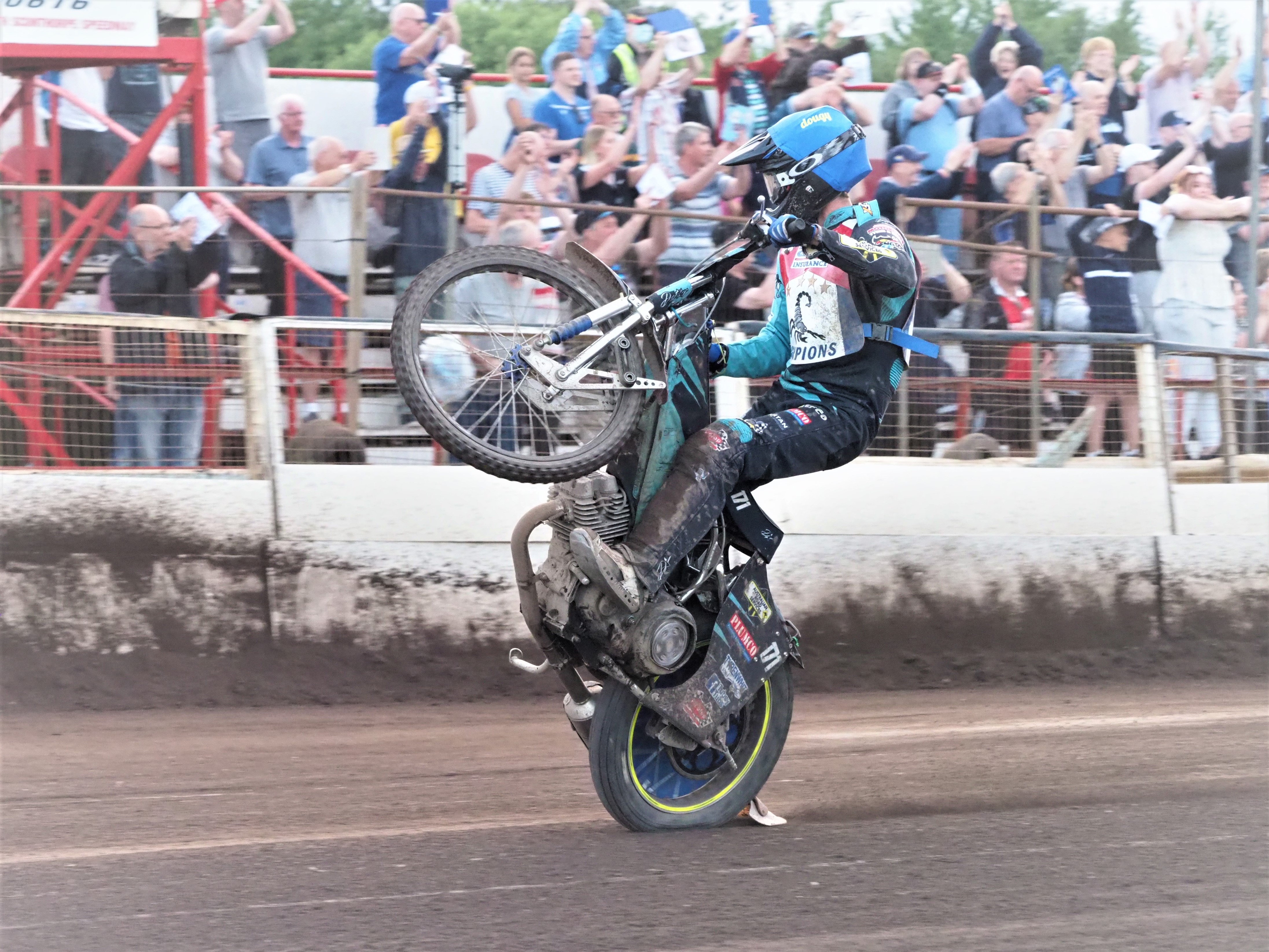 It all came down to the final race, with Scunthorpe one point ahead heading into the race. Jake Allen made a decent start from gate 2, then Ryan Douglas cut to the inside on the second bend to take the lead, while the Poole pair of Danny King and Steve Worrall muscled out Allen.

King then went into the pursuit of Douglas and flew inside him on the opening bend of lap 3, only for the Australian to cut back inside him on the second bend. Douglas then fended off a challenge from King on the final lap and Scorpions were home by the narrowest of margins.

Scunthorpe had got off to a great start and were 10-2 ahead after two races, with Jordan Palin and Connor Coles taking a 5-1 from Heat 2 for the third week in succession. Scorpions were still 23-13 ahead of Heat 6.

But champions Poole have again constructed a strong side in 2022 and hauled themselves back into the meeting with successive 5-1s in Heat 7 and 8. A further 5-1 in Heat 12 took the visitors ahead for the first time at 37-35.

A thrilling Heat 13 saw Scorpions take a 4-2, with Tero Aarnio winning his first race of the evening, while the previously unheralded King became the first visitor to beat Douglas in a battle for second place.

Ben Cook suffered an early engine failure in Heat 14, while Coles clipped Nathan Ablitt’s bike and came down. Both Cook and Coles were excluded from the re-run, where Allen defeated Ablitt in a 3-2 to ensure Scorpions entered the final race ahead.

Scorpions’ team manager Dave Peet said: “I’m over the moon with that victory. Against many sides at home, we’re out to score 49, to stop the away team going home with a point, but we’re not battling Poole in the table, so any margin of victory would do – a one point win was more than enough because we know they are such a good side.

“We got off to a great start, but I fully expected Poole to come back at us and they did. There were one or two unexpected results, and it was getting very tight.

“But then our top boys Ryan, Jake and Tero saw us home in the final three races. Tero came good to win Heat 13, but I decided to go for Jake in Heat 15, because Jake had been riding well all evening, while Tero was on a warning for moving at the start and we couldn’t afford an exclusion if he moved again in the last race.

“Jake did his job in Heat 15, in keeping the Poole riders occupied while Ryan swept to the front. Ryan did a real No 1’s job yet again, in beating Danny King in the battle for first place in that final race to get us over the winning line. Some of Ryan’s passing moves during the night were sublime.

“We’ll not face a tougher test around the Eddie Wright Raceway than Poole and we passed that test.”

* ATTIS INSURANCE Scunthorpe Scorpions are back in action at Berwick next Saturday (June 25). The next home meeting at the Eddie Wright Raceway is on Sunday, July 3 (5pm start-time), in a double-header featuring the visit of Edinburgh Monarchs, plus a British Youth Round.

PHOTO: Ryan Douglas celebrates after Heat 15 with a wheelie (pic by IAN RISPIN).